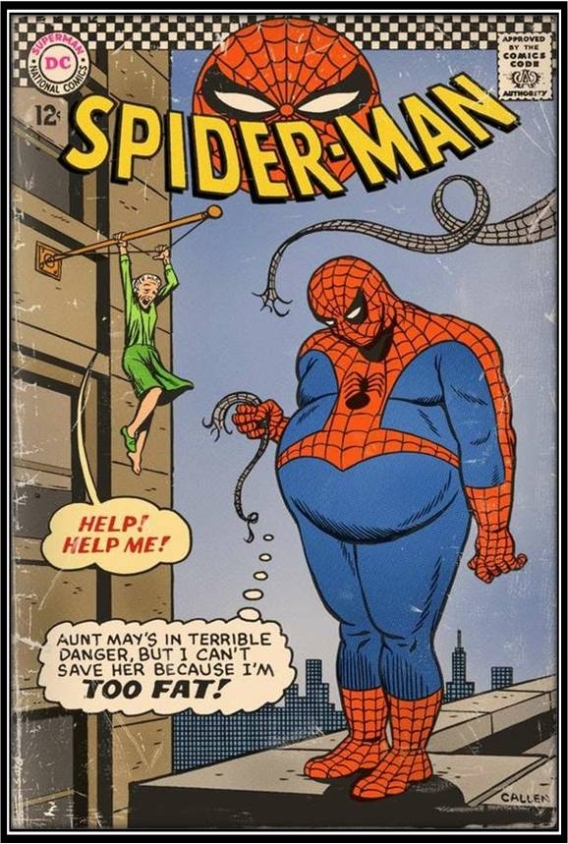 Well at this time last year I was a month into a new diet. I was down about 8 pounds from New Year’s Day and continuing on, full steam ahead. It began when I had been tagged on Facebook in some of the most unflattering photos ever, and it made me realize it was time to do something about it. It was also something I was considering because my wife and I were trying to conceive our second child. We had already been through a miscarriage, two in fact, and were having trouble getting pregnant again. We had seen a specialist, and I already had the obligatory “sperm sample” test. It was embarrassing and less than encouraging when the results came back. I decided eating healthy and getting back into a solid workout regime was just what the doctor ordered.

I was losing weight using a method that worked for me in the past. I was counting calories, this time with the help of an iPhone app called MyFitnessPal and it was incredible. It allowed me to scan barcodes for instant readings and (after adjusting the serving) I was good to go. It was similar to a video game to me because if I wanted to cheat, I had to make sure I did some sort of activity to allow for the extra calories. I had a new heart rate monitor, a food scale, and my app. Calories in, calories out. It was fantastic watching the numbers and results appear.  On top of that, we were able to conceive our second boy in February, things were rolling!

I was able to sustain this for 6 months, I was down 30 pounds. I was feeling great and loving life. Who doesn’t love to be 30 pounds lighter in time for summer? Once the summer came I started a “Challenge” issued by my fire department. The 28-Day Engine-2 Challenge (See earlier blog for the details). That challenge was huge for me. It allowed me to break through a plateau and lose an additional 15 pounds. Then things slipped, I was doing a lot of high impact exercises. I was working out Crossfit style which included a lot of box jumps, burpees, jumprope and running. It wasn’t long before my back started to feel all the high impact movements. The pain would hit after 10 minutes of activity and it was crippling. My workouts started to decline as it just wasn’t fun anymore. It was September and we were getting close to our new arrival, which was due in November. Add on all the other typical excuses like the colder weather etc. Things were no longer rolling. Instead things were starting to “roll”…

My second son joined us in November and well, you know about the lack of sleep and exhaustion and things just snowballed from there. It’s amazing how you can do so well taking care of another human being, but you forget to take care of yourself. You lose your sleep schedule and your eating habits go from “prepared and healthy foods” to “whatever I can scarf down before this baby needs me again”. Yes, it’s an excuse, but it’s also something that happens to a lot of us. Throw all those factors together and before you know it, I gained back 25 pounds of the 45 that I lost in the first half of the year. It’s devastating; the hardest part is all of those people that congratulated you and complimented you on your weight loss now look at you like a failure. It’s as if I’m a sucker because I gained it back and I’m almost right where I started. Which is funny, because those same people are still overweight and didn’t do anything to help themselves, yet I’m the chump. Well, my youngest is now 3 ½ months old and it’s time I got back into the swing of things. His sleep is on a much better routine now and I’m finding my grove.

The positive I can take from this is that I know I have it in me.  I know what I am capable of doing, on the flip-side; I’m scared of repeating the same mistake. The hardest part of anything new, is starting over. You really need to just put your shoulder against that enormous boulder and start pushing. It’s going to feel very heavy at first, it’s going to feel as if it won’t budge, but push it anyway. It won’t be too long before the boulder starts to shift, and rock and once it starts rolling, look out. It will take time, but you have to remember the feeling you get after a workout, or after a few days of healthy eating. Feeling lighter, cleaner and eventually leaner is much more fun and fulfilling than the brief enjoyment you get from junk food. With that being said, I now have it in writing that I will get back to that spot again, hopefully just in time for summer again. If not, then by the fall, maintaining healthy eating and working out throughout the winter months is an accomplishment in itself. If I am not where I want to be by the fall, I will be extremely disappointed.

Allow me to be an example of someone who succeeded, failed and will succeed again. It may not be for good, but it’s better than giving up entirely and slowly killing myself. I have many other things in life that can kill me, I don’t need contribute to another one, at least this is one I can control.

Keep Your Head Up and your Nuts Covered

2 thoughts on “My Newborn is Making Me Fat”