It’s was Boxing Day 2010. One of the senior guys here at the hall made a fantastic dinner, one of our most memorable and not just because of what happened later that night. We had roast, mashed potatoes, carrots and Yorkshire puddings. A true English Sunday Roast. It filled us nicely. Which was fitting because we would need those calories later. It was a particularly slow day, and when 8:45pm rolled around, we got dispatched to a house with its smoke alarm sounding. It was a semidetached, and no one was home. The neighbours could hear it through the wall and called 911. On arrival we saw no signs of smoke or fire. We waited for a person to show up with a key, by the time we got in and double checked the place it was now 9:40pm. We locked everything up and returned to the truck. As soon as we told our dispatcher we were leaving the scene, she immediately gave us an address for a reported fire. It was right around the corner.
On our way to the address we received many updates on the call. No trucks had arrived yet, and our sister truck from our hall was on its way. The police had called the fire in. Reporting heavy smoke and flames in the basement and it was “getting really bad”. Then we got updates about the history of this address. Weeks earlier it was the target in a drive by shooting. Days after that, the front lawn was firebombed in an attempt to burn the place down. That one only resulted in a burned front lawn. It was all but clear, this was going to be the big one.
As we turned the corner I decided to put my mask on in the truck. It’s not common place to do that, we usually see what we have first and decide how we’re going to handle it. I wasn’t about to wait to be told, and I benefited from that option.
We turned the corner and I heard our driver say “Hey, big fire boys” but I still couldn’t see it. Then we turned on the street and I saw it. A large house (2 stories in the front, three in the back). I saw an actual tornado of fire spiralling from the base of the rear deck, to the top of the house. We jumped off the truck and grabbed the largest hose line we had (2 1/2″) and brought it between the houses. My senior man had the nozzle, but because he didn’t have his mask on, I was able to take over and position myself while we waited for water. I remember I was halfway up the alleyway, it seemed like forever waiting for the water. Just then, fire broke through a 2nd floor window over our heads, so we backed up. Finally the water came. I worked the hose stream up and down the exterior near the tornado. After a minute, it was apparent that the inside was fully involved. We decided to reposition and go inside through the front door.
For those of you not familiar with hoses, a fully charged 2 1/2″ line is very difficult to move, it literally weighs hundreds of pounds. It took a bit of effort to get it in the front door. Ice and snow surrounded the house, just as dangerous conditions outside as it was inside.
It was my Captain, my senior man and me going in the flames of the front door. Extinguishing as we went along. Once the first floor was extinguished at the front, we moved up stairs. Completely blacked out conditions. Feeling around for everything. Up the stairs, my senior man on the nozzle at the top step hitting fire all around us. My captain second in line on the steps and me near the bottom hauling hose up the steps. After a few minutes of fire attack, we heard a loud crash and debris falling everywhere. The ceiling had come down on us. For my captain, instinct took over and he grabbed my senior man by the coat and threw him down the stairs on top of me. Thinking the stairs and floor were collapsing, he was trying to save him. Once on top of me, we made a quick escape. This resulting in a slip on the ice on the stairs and twisting my knee (which led to a few weeks off) but I wouldn’t let that end my night there.
We spent 8 hours at that fire. Incrusted in solid ice. The temperature was -34•C and we felt every degree. We worked hard and got it put out. The family inside (Husband and wife and two very young children) all made it out alive into a waiting police car To be safely whisked away.
Turns out there was an extensive history with organized crime and this home owner. Ultimately leading to a trial in the states in which this guy (homeowner) worked as an informant. There were here in Canada hiding, but not very well.
I have never worked harder in my life than at that fire. It was one of my craziest nights, and when I got home my wife hadn’t seen the news. She had no idea. She just wanted to know where I went since we were on the phone when the first alarm call came in. That night she tucked my son in and fell asleep in our warm bed with no idea what I was up to all night.
It’s now been two years to the day. Many fires since then, but none as exciting. Wondering what Boxing Day 2012 will hold in store for us.

As always
Keep your head up and your nuts covered…
DUF 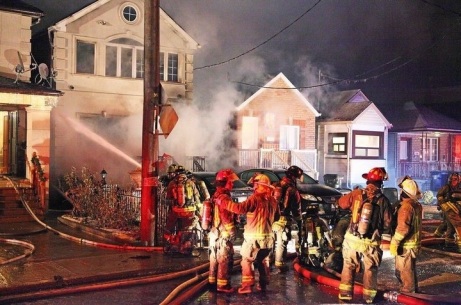 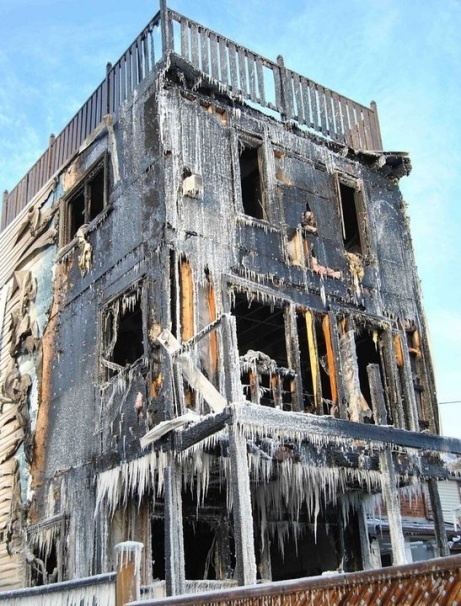 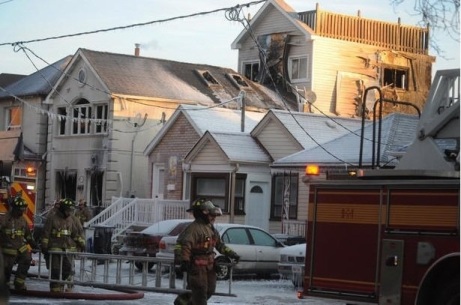 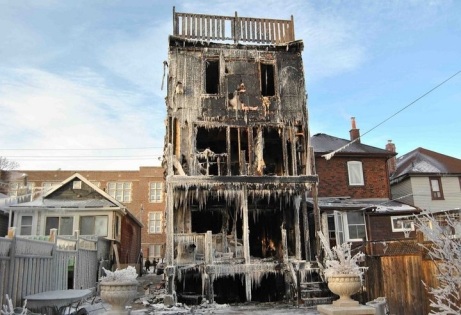